Both types are known as Vector data, which means that they are made up of lines and shapes (polygons).  Click here for further details on what vector and polygon mean.

Ordnance Survey has a number of products called “Mastermap”, but the Mastermap data referred to here and supplied by us is known as Mastermap Topography Layer.

Mastermap data is Ordnance Survey’s flagship product. It is their most accurate map data and each map supplied contains a number of map layers which include a full set of lines and polygons to cover the entire map area. Lines and Polygons can be edited, copied and measured for length and area.

Mastermap data is priced per hectare, with a minimum map order of 1 hectare. It is also divided into three categories, with different per hectare prices – Urban (most expensive per hectare), Rural and Mountain & Moorland (least expensive).

A Map can be made of a mix of one, two or even all three categories.

e.g. A city centre would comprise of only Urban data, whereas a village might be only Rural data. The edge of a town might be made up of some areas which are classed as Urban and some which are Rural data. 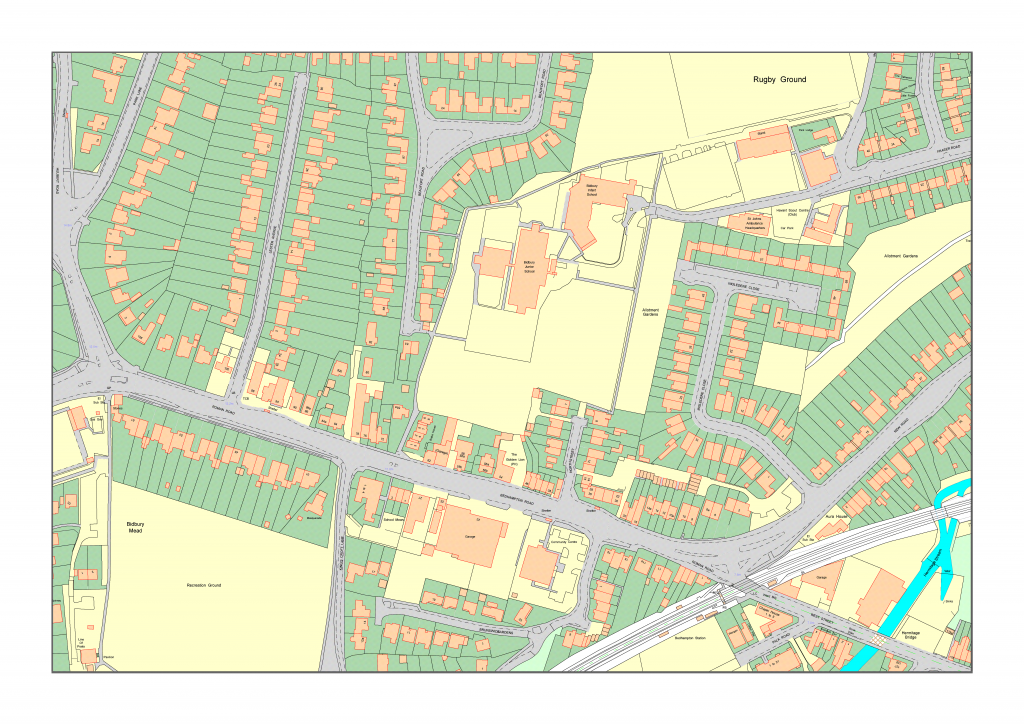 Mastermap is best used where boundaries and the measurement of land areas is important. It is the map data of choice when dealing with local and regional authorities, town and parish councils, government departments and agencies, or if there is any legal requirement associated with the area that the map covers. e.g for Health & Safety or Risk Assessment purposes or BS5837 tree surveys.

Ordnance Survey has a number of products known as “Vectormap Local” but in this case it relates to Vectormap Local Vector – usually referred to by us as VML map data.

VML is a more basic version of Mastermap data. A map comprising of VML data will be less detailed in certain areas – building footprints, road edges and some boundaries.

A VML map contains a number of map layers which include most of the lines found on the equivalent Mastermap area, but large areas of VML data do not have polygons available e.g. fields, gardens and most other parcels of land. Lines and any included polygons can be edited, copied and measured for length and area.

VML data is priced per km², with a minimum map order of 1 km². There is no difference in price between Urban, Rural and Mountain & Moorland areas on a map. 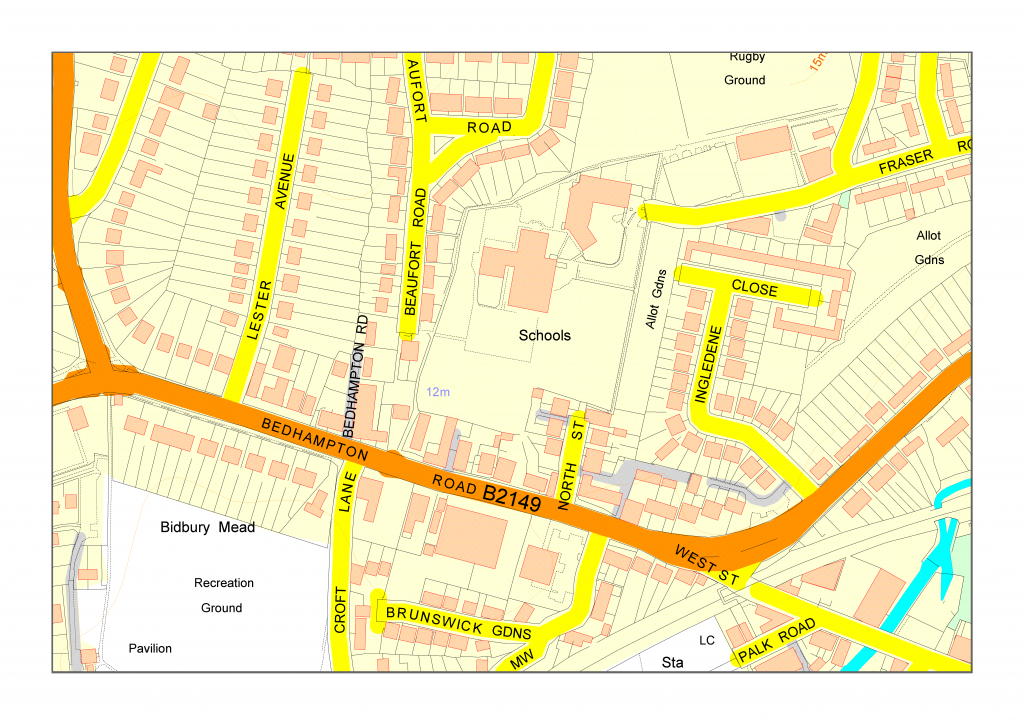 Vectormap can be cost effective when you require a map to act as a backdrop to a large area where items that you are mapping (e.g. trees in a park or golf course) are not next to road edges and the accurate shape of buildings is not so important. If there is a legal aspect to the mapping work that you are doing then Mastermap may be a better choice. VML is not a good choice for boundary mapping or where the area measurement of land is important.

Was this article helpful?